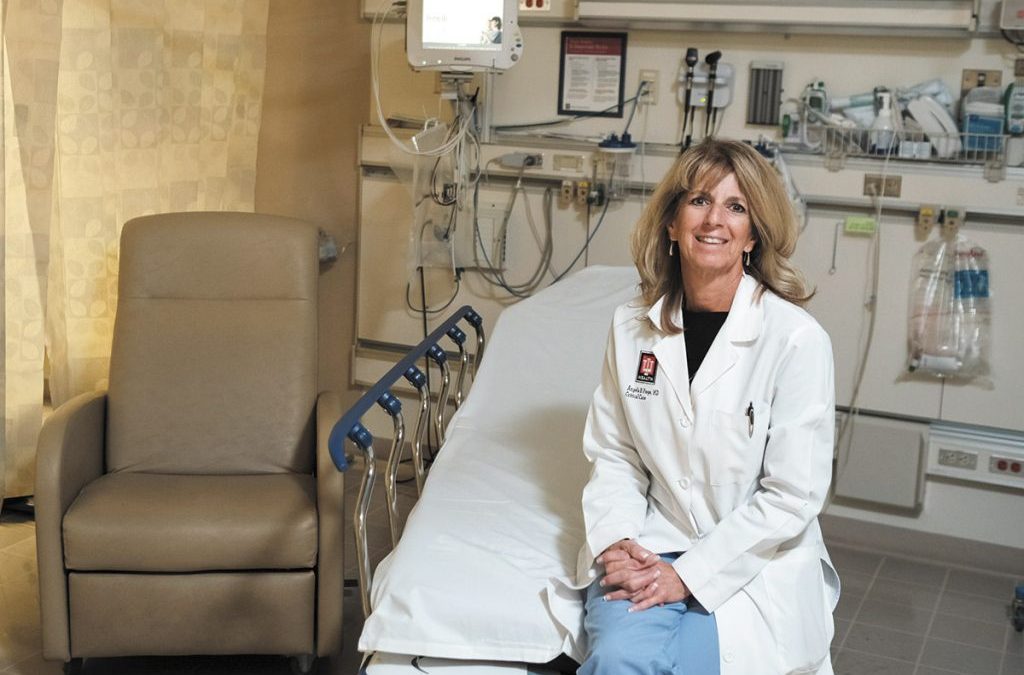 Fiege holds many titles in addition to Critical Care and Emergency Medicine physician at IU Health Methodist. She is the Medical Director for the NASCAR / AMR Track Safety Team, a track physician for the Indianapolis Motor Speedway, and Founder of the nonprofit Rachael’s First Week.

Fiege has a long work history with IU Methodist Hospital, dating back to 1986. Currently, she serves as one of the nighttime critical care physicians at IU Methodist Hospital, where she cares for the sickest of the sick. But saving lives doesn’t stop at Methodist. She has worked as a track physician at the Indianapolis Motor Speedway since 2007. In 2017, Fiege was appointed the Medical Director for the NASCAR / AMR Track Safety Team traveling weekends to NASCAR races across the country. Yet if you ask Fiege what her greatest accomplishment is, she will tell you it is founding Rachael’s First Week, a non-profit organization she created as a legacy to her late daughter, Rachael. Fiege makes time in her busy schedule to speak to high school and college students across the state in a raw, emotional presentation about her daughter.

Rachael’s First Week program was born out of tragedy when in August of 2013, Fiege dropped her daughter off at Indiana University for her freshman year of college. Before classes started, Rachael went to her first college party. Rachael fell down some steep basement steps, hit her head, and unbeknownst to her friends, Rachael suffered a traumatic brain injury. By the time her friends realized there was a problem, it was too late. She was dead. “I feel the kids at the party failed to call 911 after the fall because they did not recognize the seriousness of Rachael’s injury,” says Fiege.

Rachael’s story is every parent’s worst nightmare and for Fiege, it was the start of a mission to help other young people make better, informed decisions. Fiege developed the program to teach teens how to recognize dangerous situations and provide them with information and resources to help them make good, and sometimes life-saving decisions. “Every life saved is a precious life,” states Fiege. “We’re proud to say we have reached more than 12,000 teens in Indiana with our program, and countless more through our social media channels. We are making an impact on young people’s lives, yet our work is not done. We have received many emails and letters from across the United States asking for us to share Rachael’s story and our program, so we are currently evaluating ways to expand Rachael’s First Week program nationwide.”

Fiege truly exemplifies what the “Women of Influence” program represents, as a woman who has risen to the highest levels of her profession while still making time to serve others, through service to her community as well as her mentorship of the many medical residents she works with at IU Health Methodist. “Although it sounds cheesy and somewhat nebulous, I think each person should use their passion and talents to make their community better. We need to create a culture of caring. It does not have to be a monumental act, although there is nothing wrong with that, but a simple action can have a profound, lasting impact,” states Fiege.