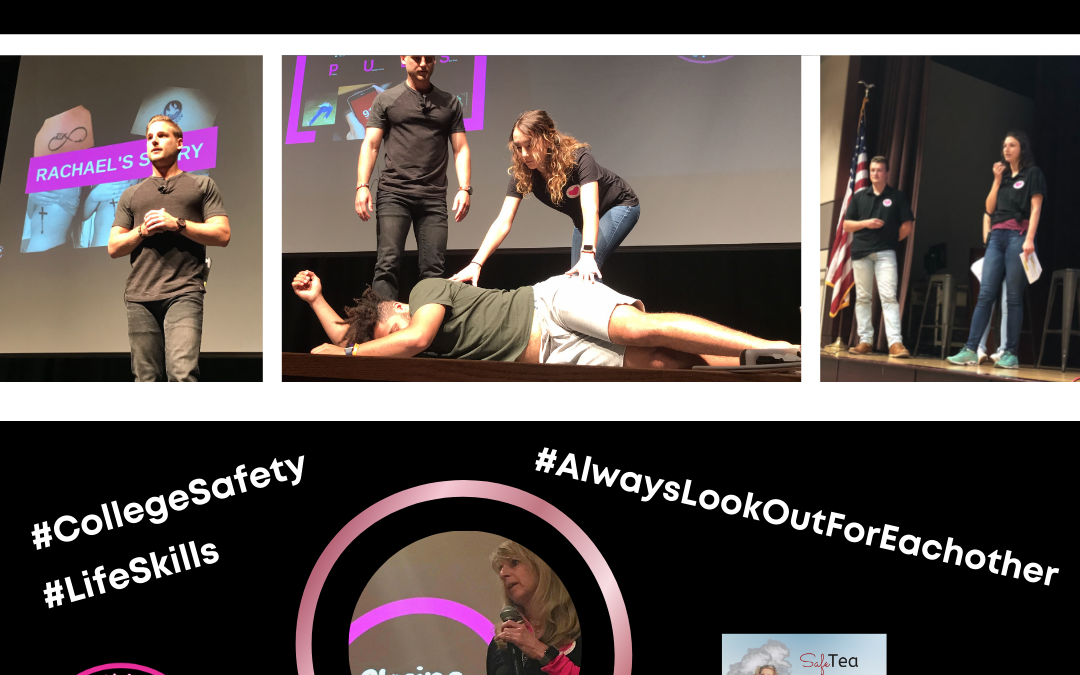 On May 20th at 9AM Rachael’s First Week (RFW) LIVE! will be talking to the seniors at Zionsville Community High School. The focus of the program is to enhance the decision-making skills of students as they navigate the transition from adolescence to adulthood. Dr. Angi Fiege developed this program eight years ago after the death of her daughter, Rachael, who passed away during her first week of college from an unrecognized head injury after falling at a party. RFW LIVE! Program is designed to better prepare college freshmen for the difficult new situations they may face in college, to educate them on what to do in emergency situations, and to embrace the importance of always looking out for each other.

“We feel that the information we provide to students on both safety and awareness is important now more than ever. This past year and in the aftermath of the pandemic, we’ve seen an alarming increase in mental health issues amongst this age group as well as an increase in risk taking behaviors,” stated Dr. Fiege.

One of the riskiest times of the school year for new college students is during their first semester, from mid-August to November, a period known as the Red Zone. The Red Zone heralds the beginning of college life and is marked by students over-celebrating their new-found independence with Greek “rush” events and countless “back-to-school” parties. Given their inherent curiosity, new-found independence, and predisposition for risk-taking behaviors, individuals in this age group often find themselves in unfamiliar situations that put them at risk for severe injury or death. Other students may suddenly find themselves facing new responsibilities and emotions that can lead to depression or even suicide.

Rachael’s First Week LIVE! addresses these challenges faced by young adults as they move from the protective environment provided by parents and communities to independence and adulthood. RFW gives practical advice to help develop better life skills while challenging the audience to think about the choices they make and to always look out for each other.

“We know that individuals in this age group often find themselves in novel situations and turn to equally unprepared peers for solutions. We strive to help our attendees develop sound problem solving skills in a non-judgemental manner that acknowledges their desire to exert their independence, while also providing them a safety net to turn to for evidence-base solutions,” stated Dr. Fiege.

Rachael’s First Week educational programs were developed through the vision of Angi Fiege, MD, an Emergency Medicine and Critical Care Physician following the death of her daughter, Rachael Fiege, who at the time was an incoming freshman at Indiana University.  Priority topics include the Indiana LifeLine Law, alcohol and drugs use, mental health and depression and sexual assault. Rachael’s First Week programing targets behaviors well known to contribute to the morbidity and mortality of this vulnerable subpopulation and offers evidenced-based solutions in a nonjudgmental manner.

According to the Mayo Clinic, two main factors affecting the mental health of college students today are the increased societal pressure to achieve success and students lacking the necessary life skills. While some students will embrace this freedom, others will become overwhelmed. Whether it’s the desire of fitting in, getting good grades, or juggling activities and academics, these stressors can be difficult to navigate without the necessary tools and support.

Specific to Indiana, in a study released by JAMA Pediatrics on April 25, 2022, Indiana was among 14 states studied with an increase in the absolute count of adolescent suicides during the pandemic. ​​Suicide is currently the second most common cause of death among college students, with fifty percent of the suicides being among college freshmen.

One of the riskiest times of the school year for new college students is during their first semester, from mid-August to November, a time period known as the Red Zone. The ‘Red Zone refers to the period when new students are most vulnerable to sexual assaults. According to RAINN.org, 50% of all college sexual assaults are statistically found to occur during this time period. This past year with the return to campus, many students were over-celebrating the return to pre-pandemic campus life, which could explain the increase in sexual assaults on college campuses this past year.